Warmth. Precision. Expression.
With a 3+ octave range, Mandy can deliver a power ballad or a soft lullaby.  As a featured soloist, she's performed in 22 countries. She's been backed by 95-piece orchestras to sold out crowds. She's a studio pro who has recorded at Capitol. Her on camera and acting experience has served her well in LA.

Be sure to check out these new Singles- just in time to add to a Summer Playlist!

Just Jump In is Mandy's first commercially released original song. With an infectious melody and uplifting lyrics, this song draws upon some of her favorite artists: Jason Mraz, Ingrid Michaelson, and Colbie Caillat. Great to listen to at the Beach, Pool, or on a summer road trip!

Rocket Man is a sneak peak of Mandy's upcoming album, released a little early to celebrate with the new film of the same name. Always a huge Elton John fan, Mandy wanted to celebrate one of his best songs with a unique cover.

Summer 2019- On tour with Engelbert Humperdinck!

Mandy is THRILLED to be joining international superstar and legend Engelbert Humperdinck on tour as a background vocalist. Engelbert has sold over 145 million records worldwide in his incredible career so far. It will be a tremendous honor to share the stage with him.

Mandy just returned from a successful premiere tour of the new concert series Disney World BEAT! in Japan.
Featuring the Brad Kelley Big Band and 4 singers, the concert was sold out in every venue, including the acclaimed Suntory Hall in Tokyo.
In addition to performing, Mandy Vocal Directed. From finding the right singers for the project, to rehearsing and staging, to the final bow, it was a total joy to be part of this project in this role! 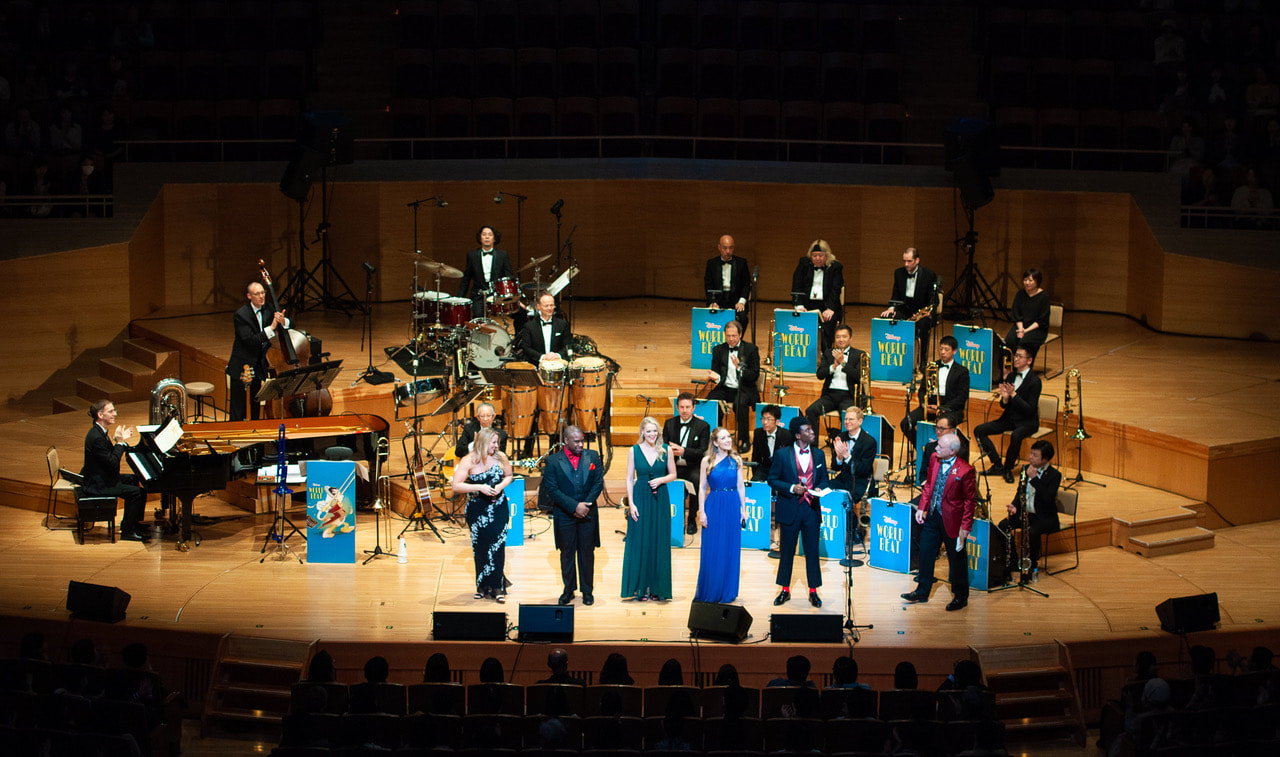 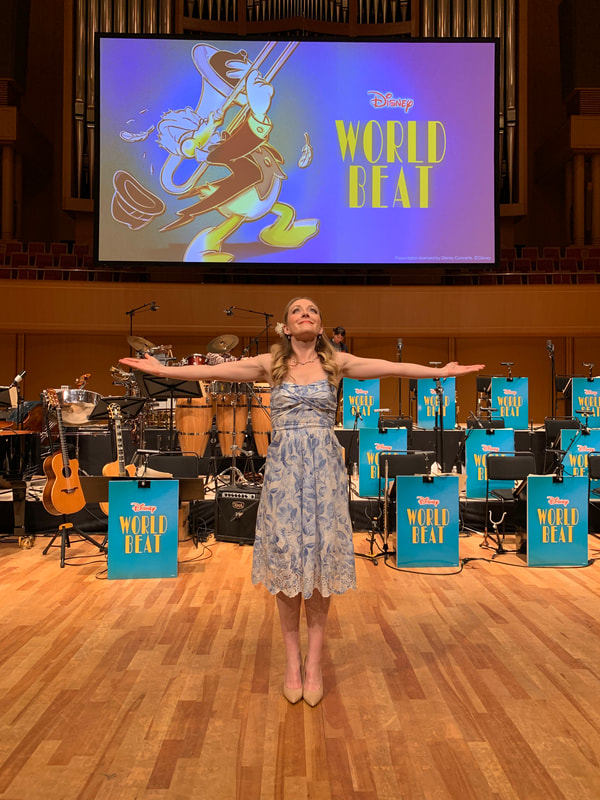 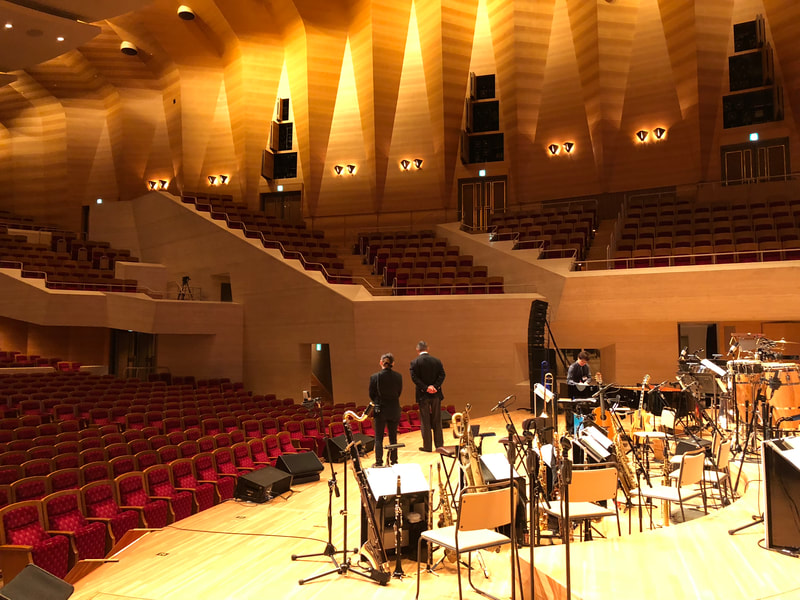 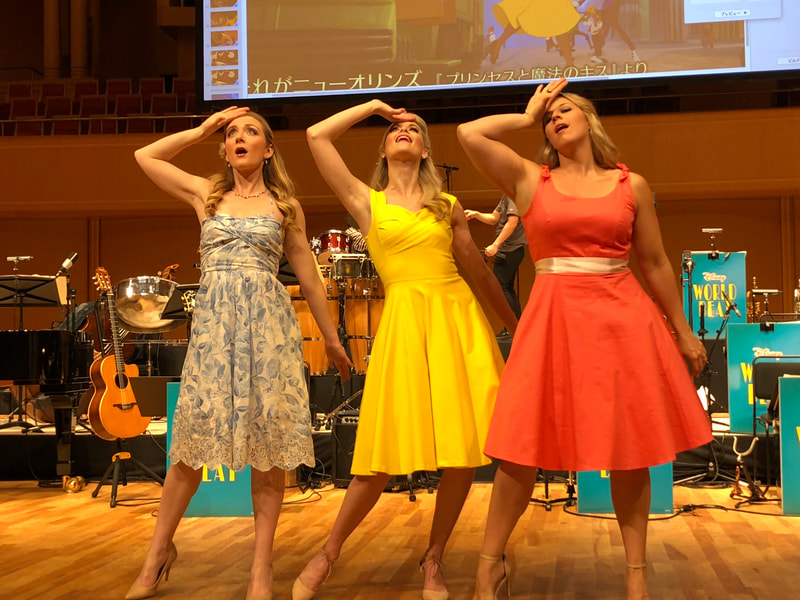 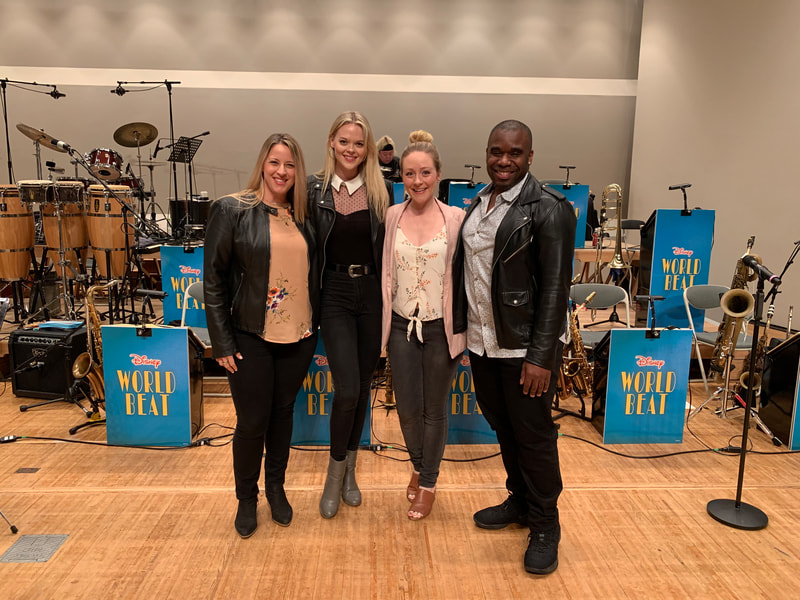 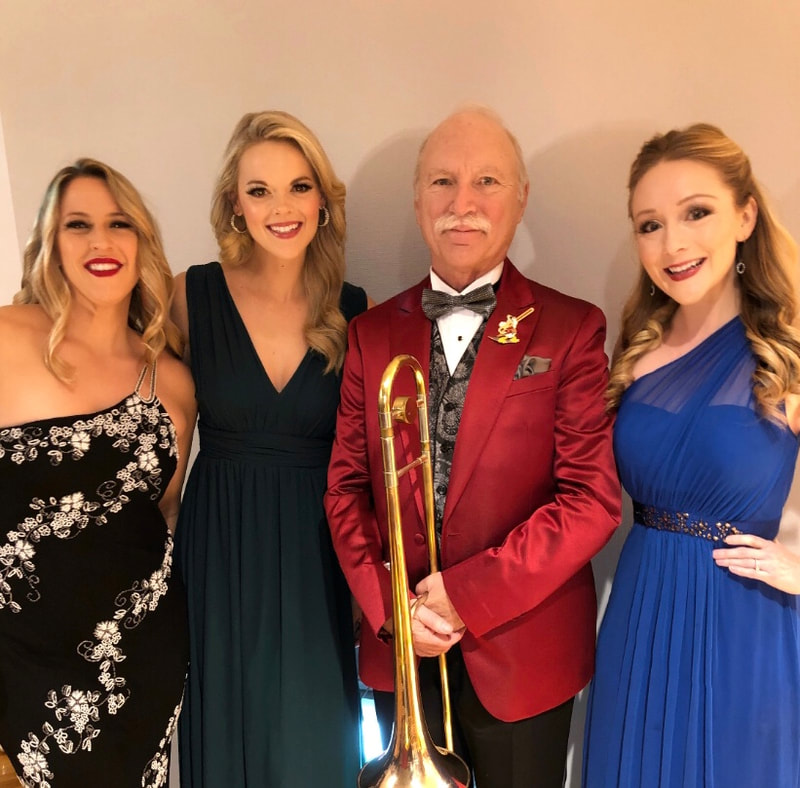 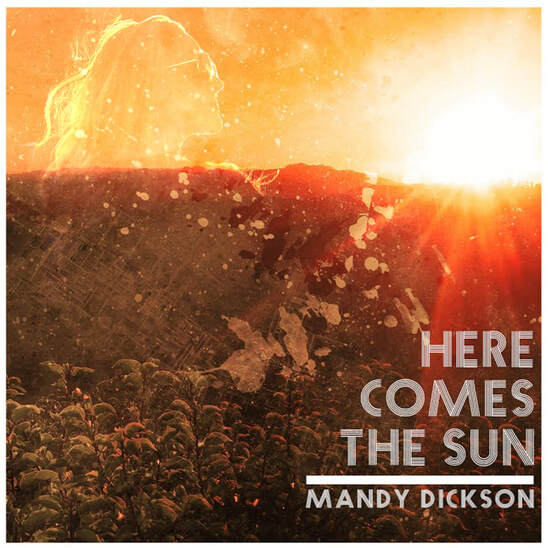 Follow Mandy as she takes you on a journey that begins with just a whisper of hope and ends in a jubilant rock exultation.
​ This is nothing like the Beatles' song.

WOW! What an amazing end to 2018.
​
Mandy performed at Victoria Concert Hall to sold out crowds as the Singapore Symphony's Guest Soloist.  In addition to the incredible Orchestra, the Singapore Youth, Children's, and Adult Choir's were incredible! 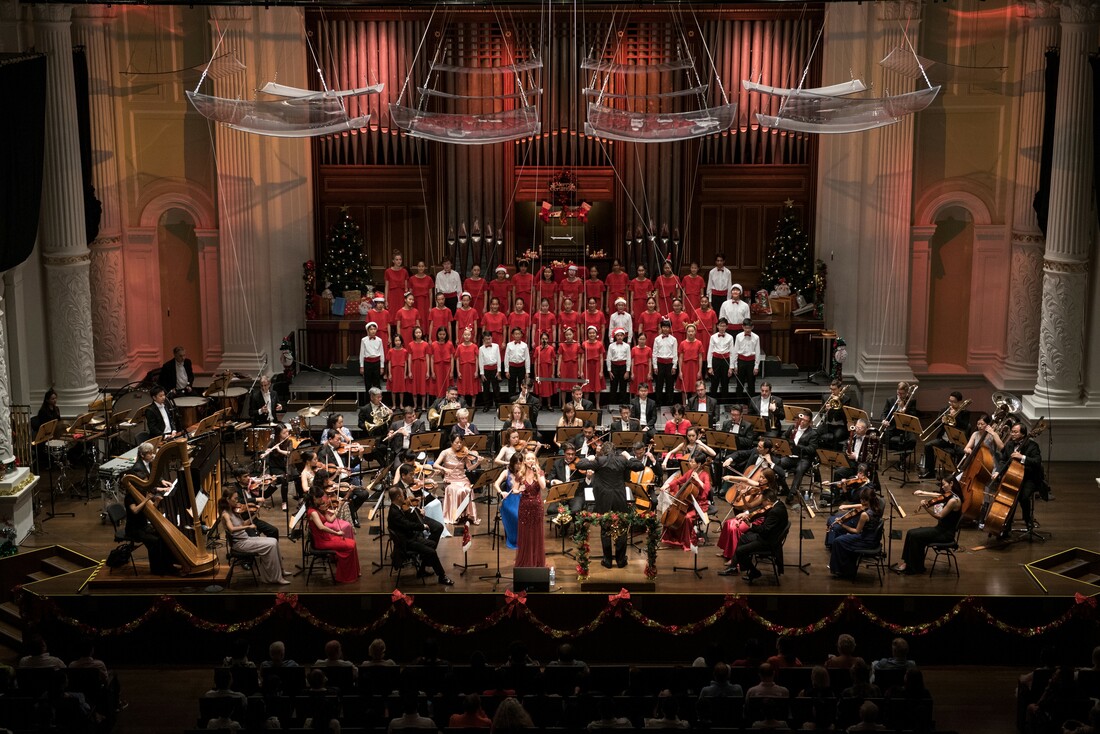 Favorite solo's included: I'll Be Home For Christmas,  That's Christmas to Me, This is My Wish, Mele Kalikimaka, and I Want a Hippopotamus for Christmas. And It's the Most Wonderful Time of the Year. And Somewhere in my Memory. OK, I can't pick!! They were all so much fun! 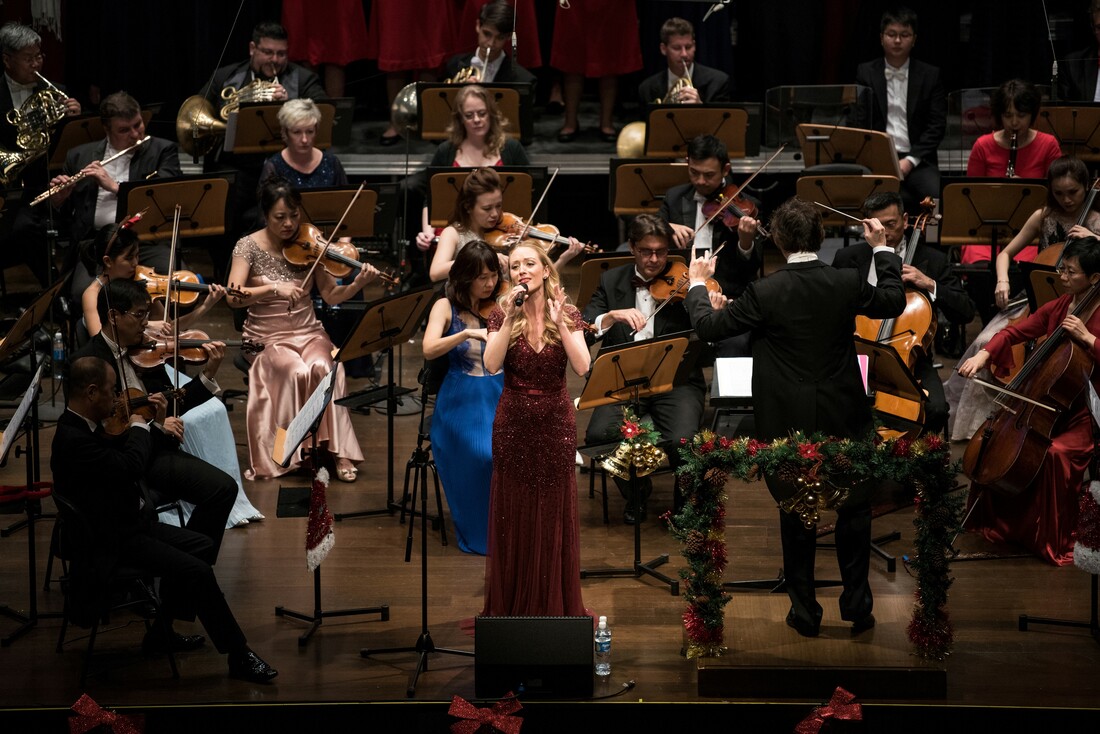 A huge thank you to Conductor Joshua Tan and to everyone working on and off stage at the Singapore Symphony. You all made me feel right at home!

In addition to these exciting performances, I also performed in Los Angeles with The Other Reindeer, Christmas Matters Holiday Carolers, and Business Time Entertainment. Ended the year with an awesome New Year's gig at the Lake Arrowhead Country Club.

Mandy will be a guest Soloist with the Singapore Symphony Orchestra this December. The concerts will be held at Victoria Concert Hall.  The concerts will also feature Conductor Joshua Tan, arrangements by David Bawiec, and three choirs.
​More info at:
​https://www.sso.org.sg/families/sso-christmas-concert

It's been a great summer!I also took trips to London and Paris this summer to visit my husband, Tim, while he was on tour.
​Take me back! :) 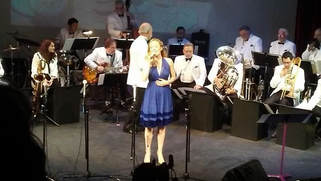 MARCH 2018
This month I had the privilege of Vocal Directing and performing in a new Disney show! It's a Big Band take on classic Disney songs... 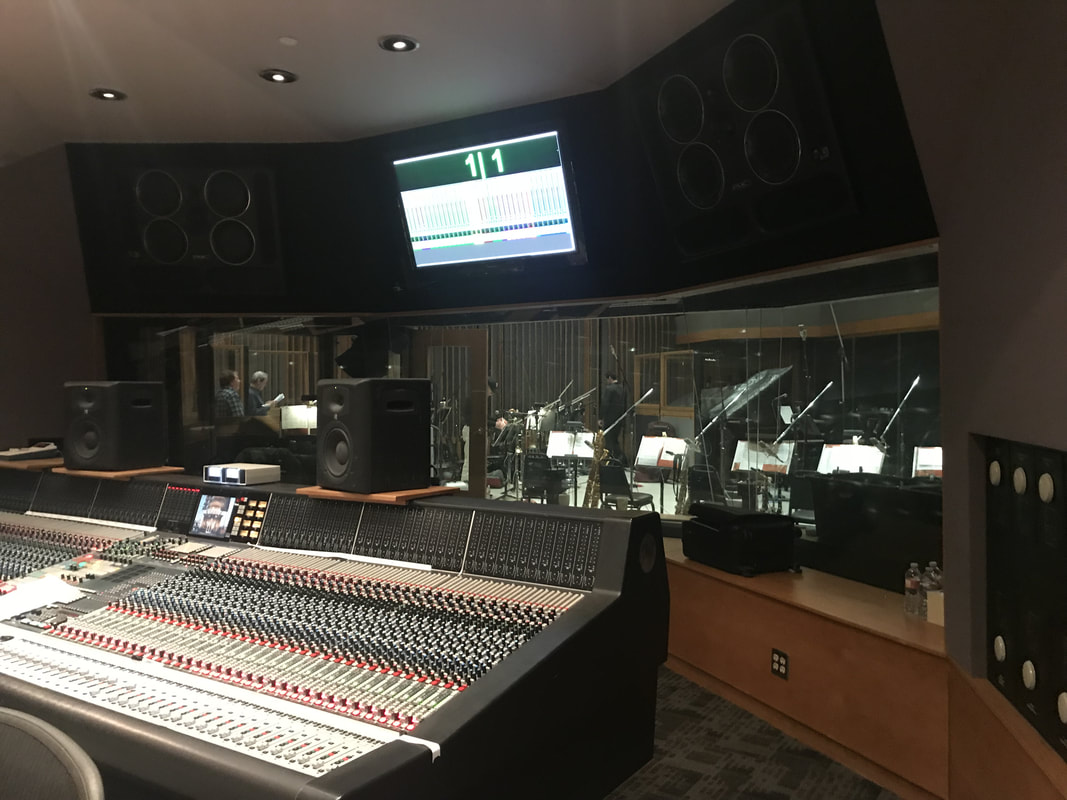 We recorded an album at CAPITOL RECORDS! What a dream come true! 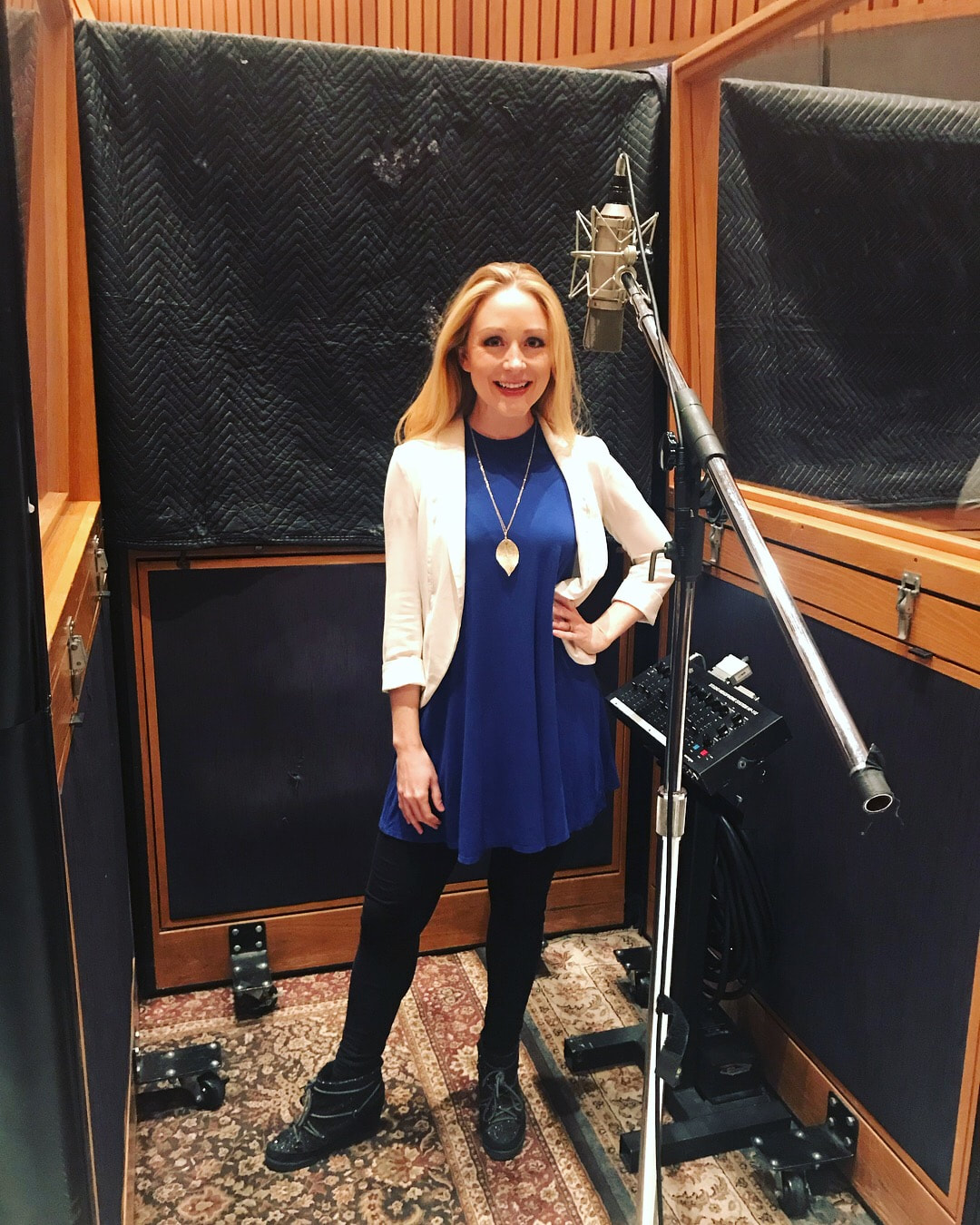